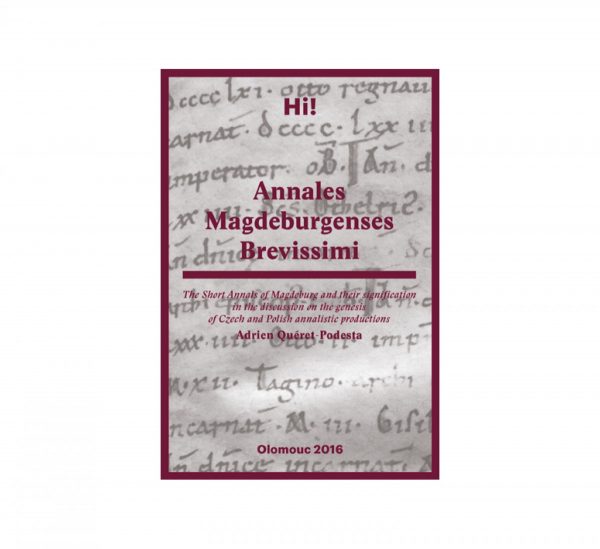 During approximately one century and a half, scholars tried to determine the origin of notes concerning German/Imperial history in the oldest Polish and Czech narrative sources in order to reconstitute the mechanism of their circulation in Central Europe and to get a more precise picture of the links existing between Polish and Czech annalistic productions. In the last decades, researchers representing both sides of the debate began to include to the comparative material the so-called Annales Magdeburgenses Brevissimi, a short annalistic work preserved in only one manuscript belonging to the Cistercian abbey of Vyšší Brod. Although the importance of this source is now well recognized, the contradictory interpretations made by scholars representing different points of view prove the need of a detailed study of these annals, of their genesis and of their significance in the debate concerning the genesis of the Polish and Czech annalistic production.