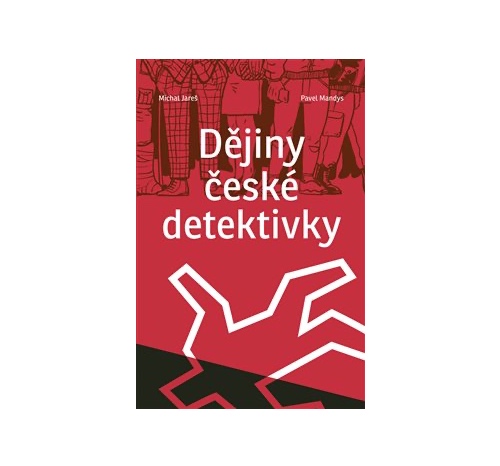 The detective novel has been the most popular genre of Czech readers throughout the twentieth century, and its popularity is not declining even today. Czech literary detectives are quite different from Anglo-Saxon sovereigns: they tend to be inconspicuous, modest, do not amaze the surroundings with their deductions or hard fists or precise aim. Typical of them is ironizing, parodying and generally subverting the authority of the so-called great detective.

Their stories were often written by respected writers, but the book of leading connoisseurs also represents the little-researched and dark streets of detective literature. The first detailed summary of the history of the criminal genre in the Czech lands shows when the Czech detective novel first appeared, where czech detective has its roots or how it has evolved over the last century. Emil Vachek, Edgar Collins, Eduard Fiker, Josef Škvorecký, Hana Prošková, Václav Erben, Jaroslav Velinský, Pavel Frýbort, Michal Sýkora, Michaela Klevisová and others meet in a monograph that reads in one breath as a detective novel.